Every item you stock should have a partnumber (sometimes called a stock code). This partnumber identifies the stock item to the system.

Remember that if similar items are given partnumbers with the same starting letters or numbers they will be sorted together on reports and screen displays. 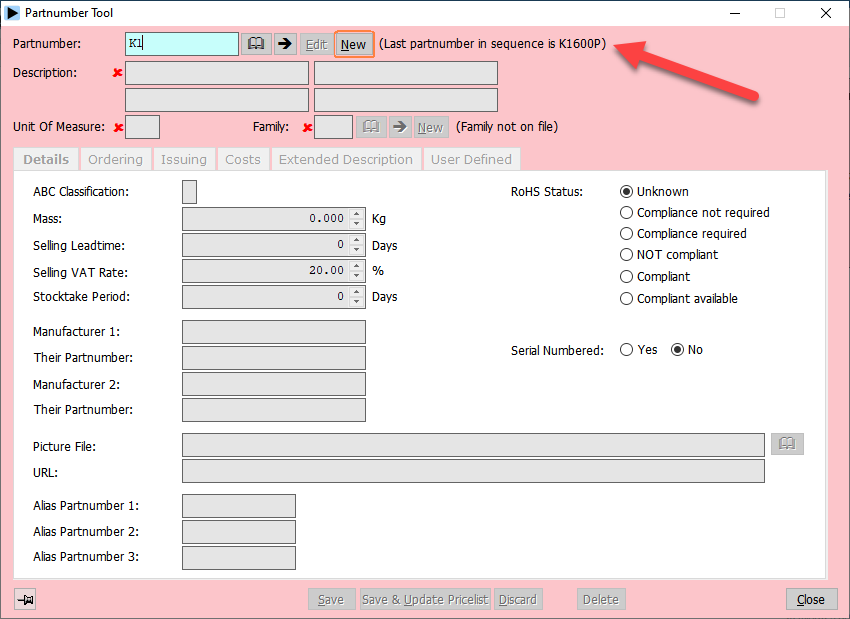 Note that this tool will let you copy an existing item's details if required - this can save a lot of time and effort. 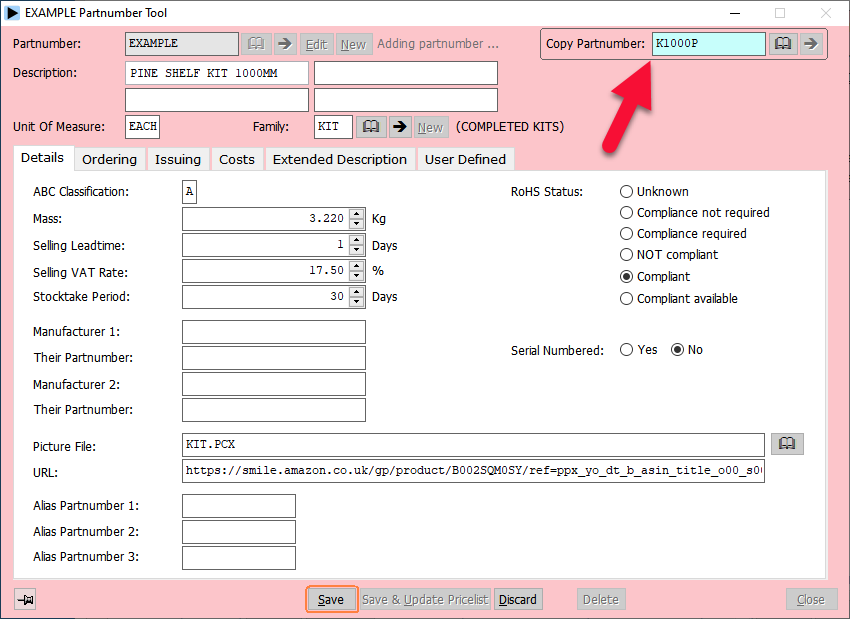 The information held about each partnumber is as follows:

If a new partnumber is entered that is purchased and you enter a valid vendor code for the preferred vendor, the system will optionally allow you to enter pricing details for the item.

If you have lots of partnumber information in another system then you can quickly import this into Herschel using the import partnumber details option.

To delete a partnumber, press the delete button. Herschel will check the partnumber and warn you if deleting the item will cause you a problem in the future: 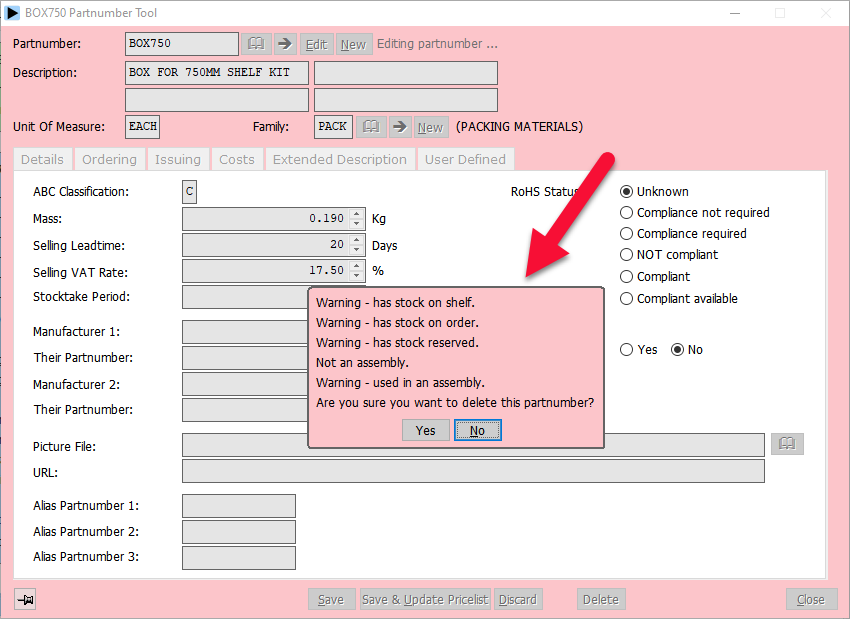