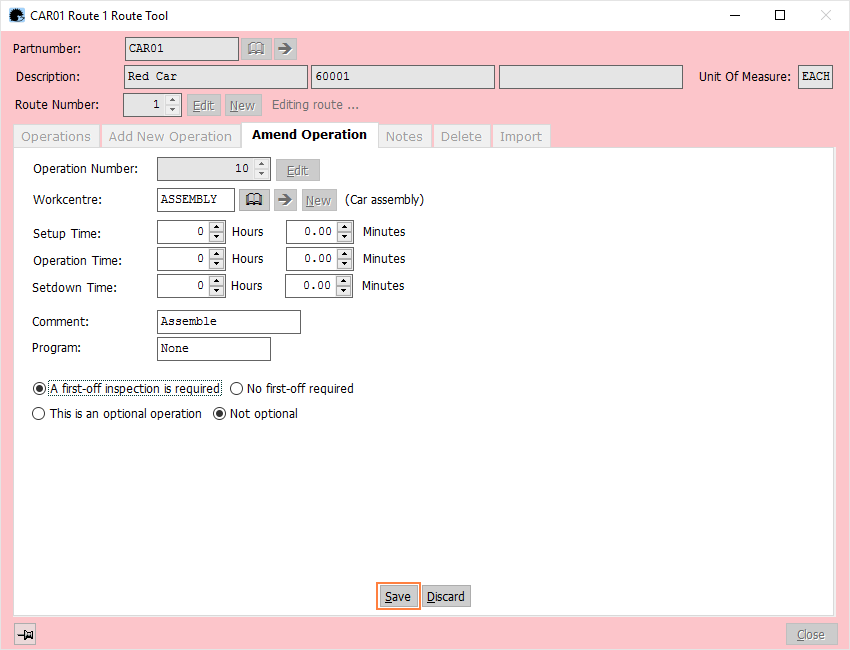 For each operation in a route the following details are held:

For example, consider operation 20 for partnumber WIDGET on workcentre DRILL. It takes 24 minutes to get the workcentre ready to produce a batch of WIDGETs. The workcentre then drills a hole in each WIDGET at a rate of 30 per hour. Finally it takes 12 minutes to tidy up the workcentre after the WIDGETS have been drilled. This operation would be entered something like this:

Note that dummy operations with zero times can be entered. These can be used to record production processes such as transportation or inspection and test.

Each operation can also have unlimited notes, entered on the notes page of the route tool.  These notes can be used to record manufacturing instructions, material specifications, inspection schedules and so on. Note that blank lines are omitted when the operation is saved: 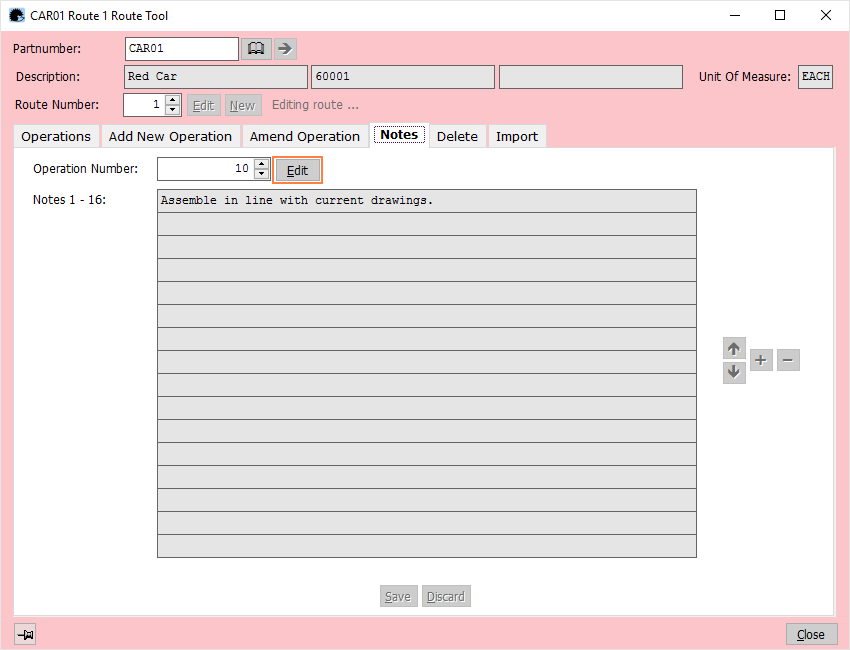 Operations can be deleted using the route tool's delete page: 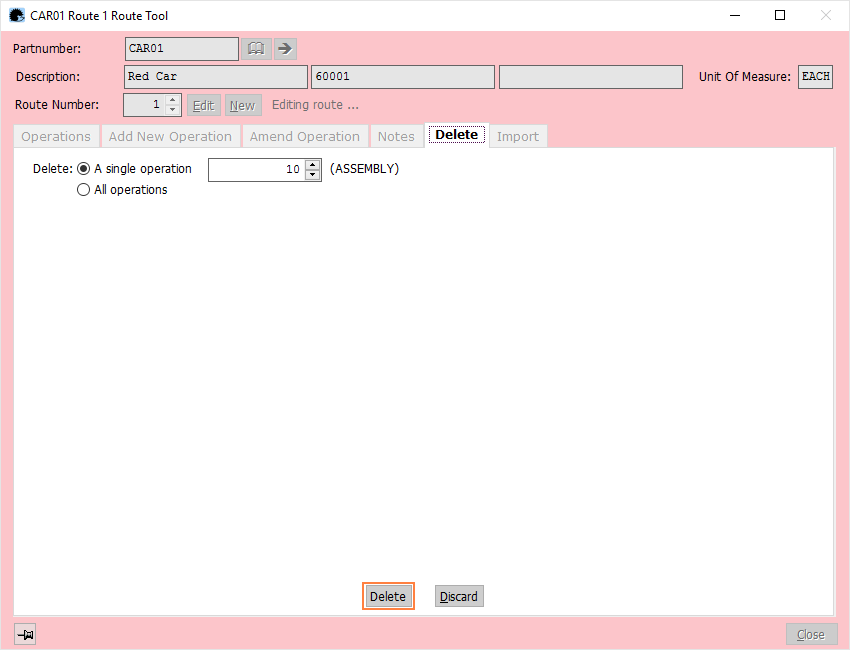 The import page allows operations from another route to be copied, or operations imported from a CSV file produced by another application: 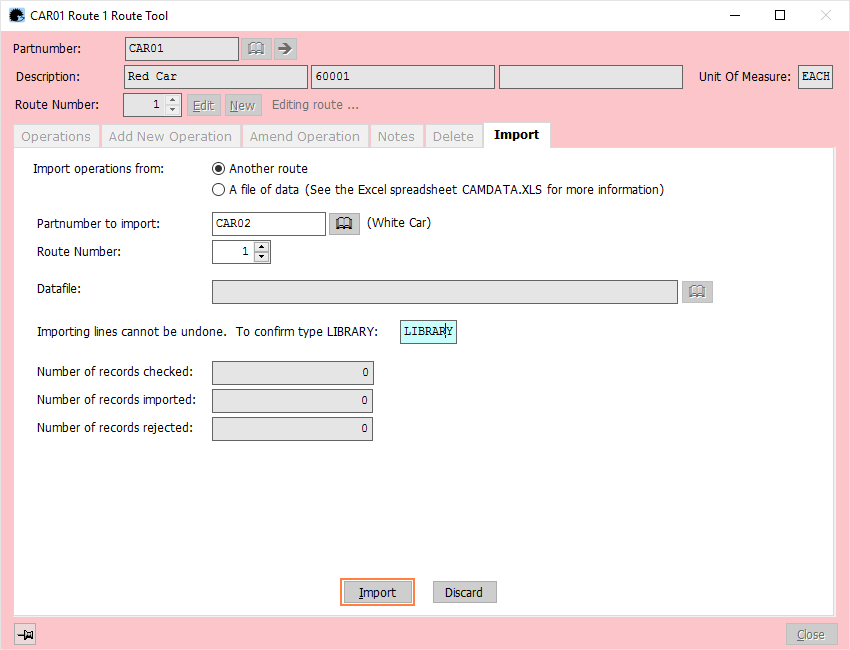 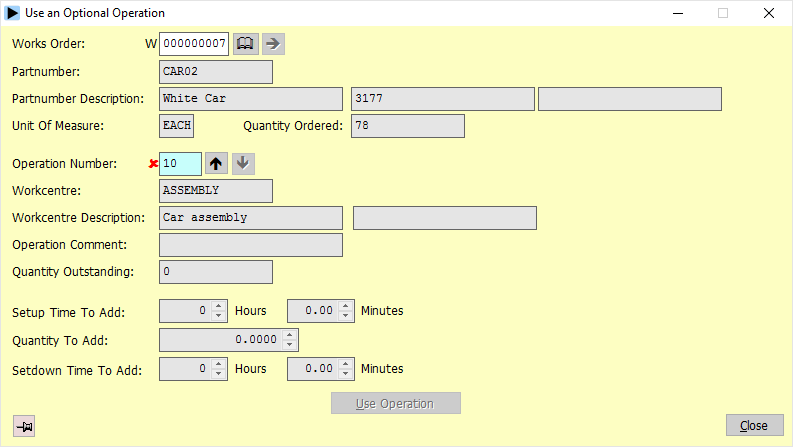