The partnumber enquiry is identical to that in the Store module - there is no need to leave the Plan module to look at the details of a partnumber. 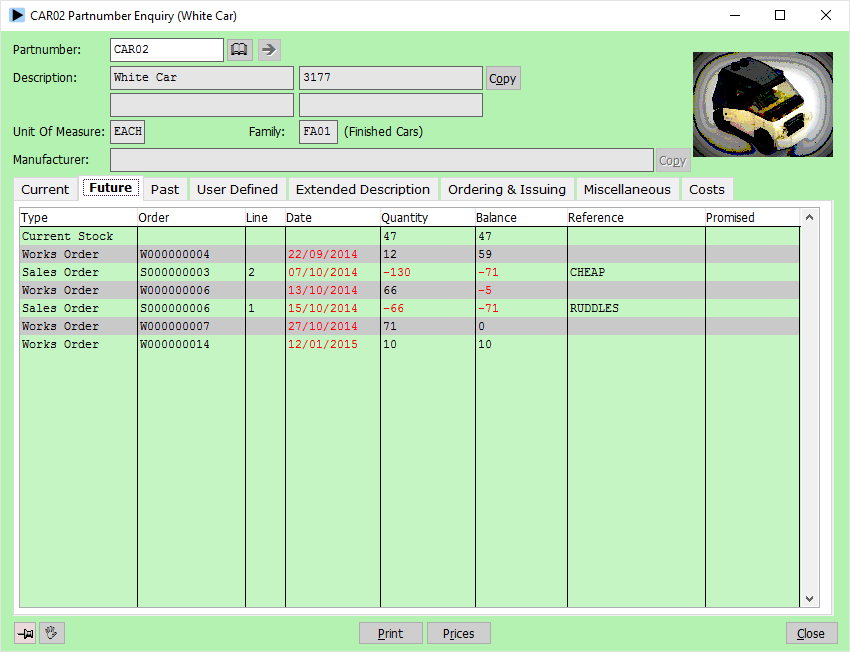 The assembly enquiry displays the details and component items of an assembly. This option is identical to that in the Assemblies module: 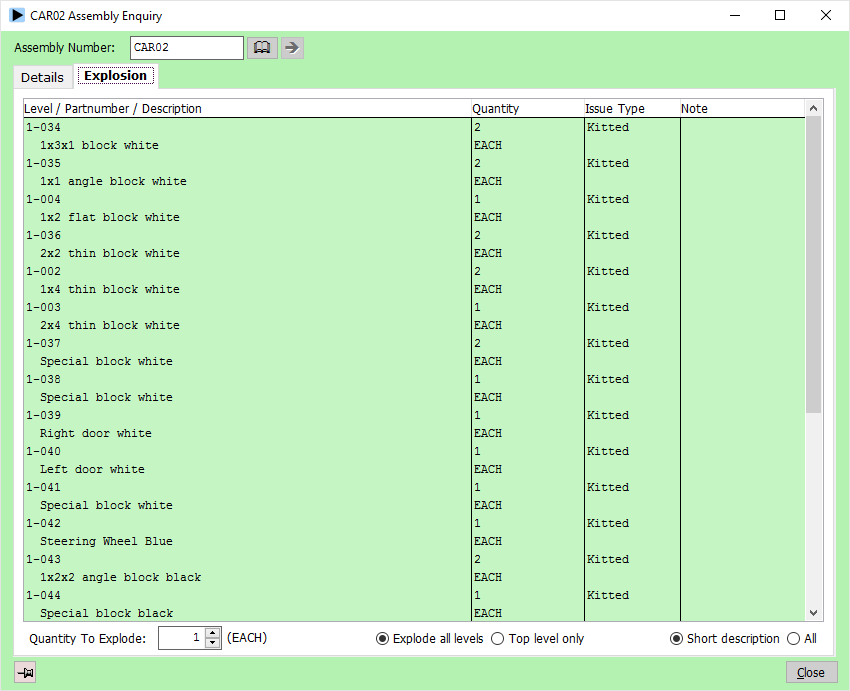 The plan enquiry allows you to examine the production plan for a given partnumber: 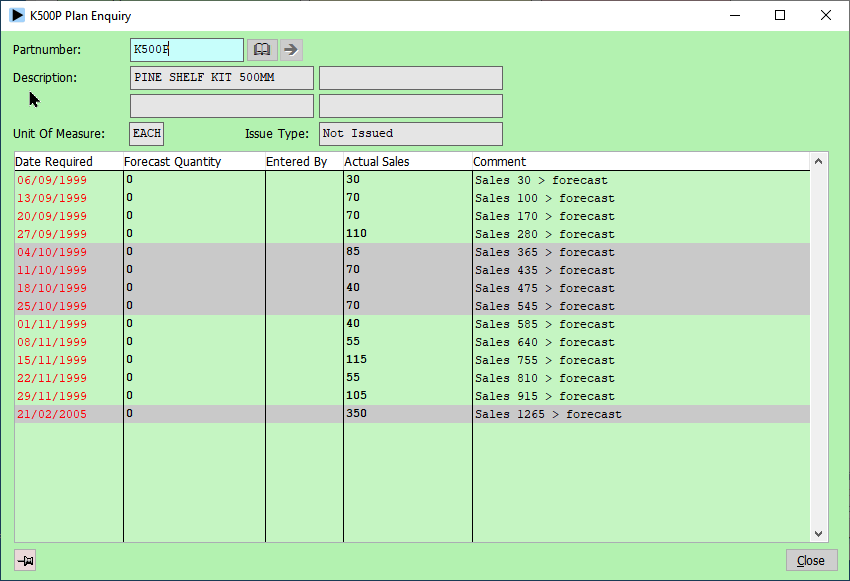 Occasionally you might find that you are having problems obtaining a certain partnumber, and will need to know which products on the production plan will be adversely affected by this shortage. Once an plan explosion has been completed, it is possible to perform a parent enquiry. This shows, for a given partnumber, which planned “parent” product requirement gave rise to each exploded requirement: 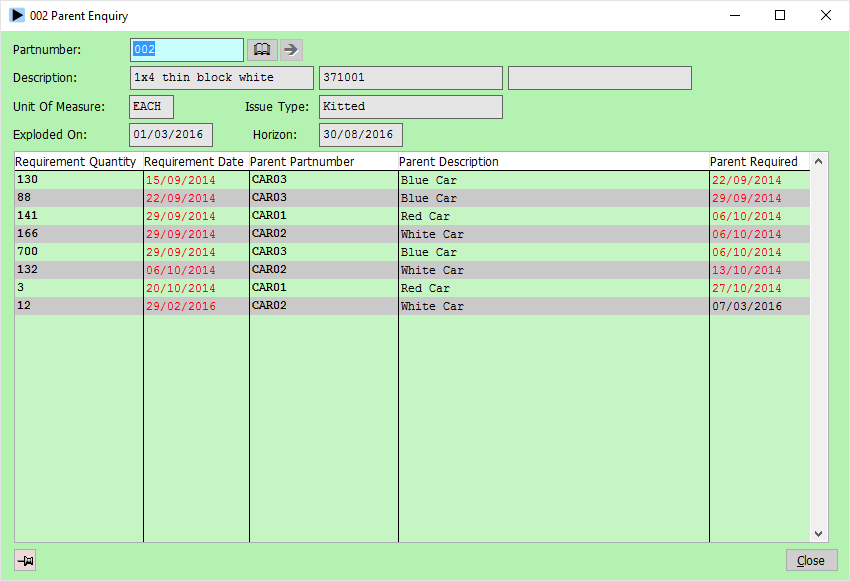 The actions enquiry allows the whole planning process calculation for a partnumber to be examined. The calculated orders page of this enquiry shows the partnumber's exploded requirements and the corresponding suggested orders that MRP has calculated: 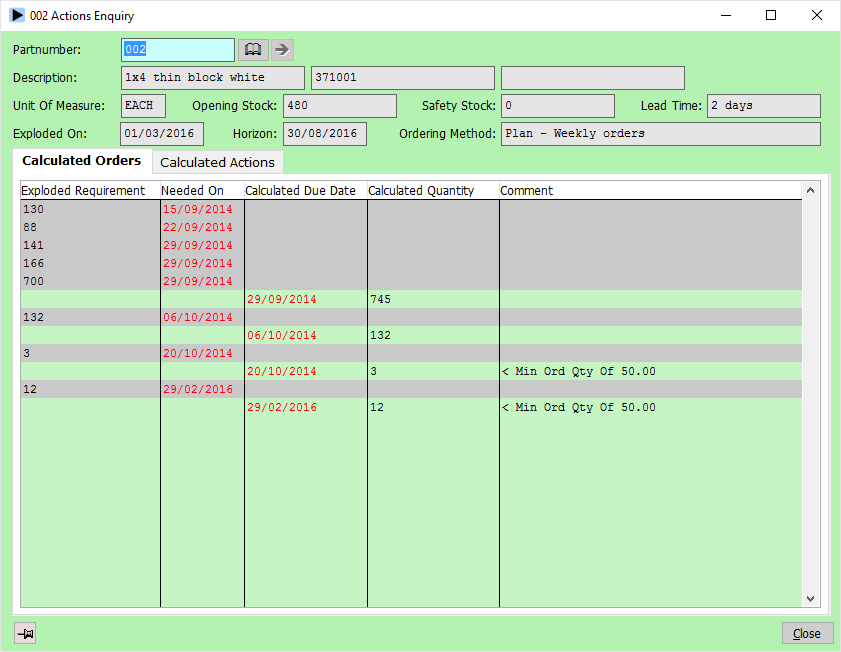 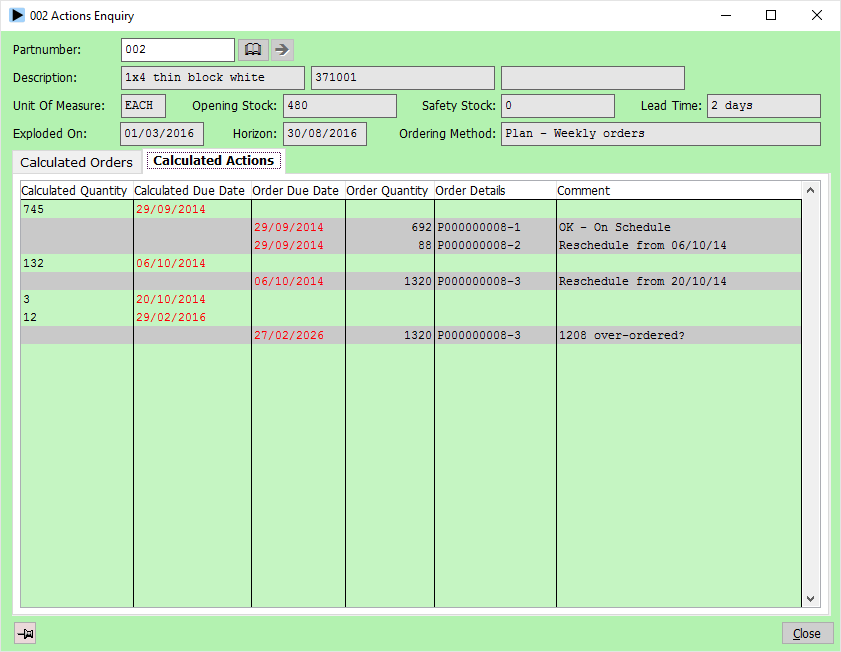 Obviously if Herschel suggests an order with a due date before today it is probably not possible to produce the items your production plan requires in time. Using the actions and and parent enquiries, it is relatively easy to deduce which planned requirement is causing the problem and adjust your plan accordingly, or take special action to reduce leadtimes.  Don't panic.