What is an assembly? Print

Consider an example product with partnumber Z. This product is made from the component items 2 x A, 1 x B and 4 x C: 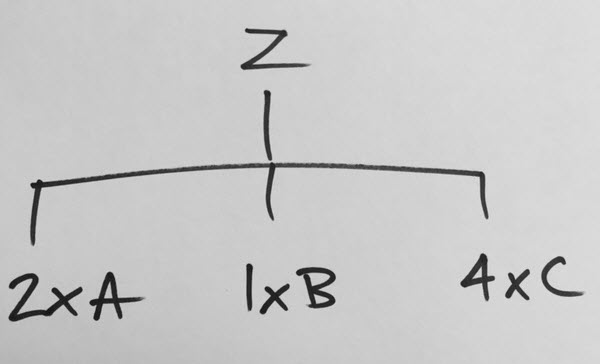 Suppose that partnumber A is also an assembly, and that it is made from 1 x J and 3 x K: 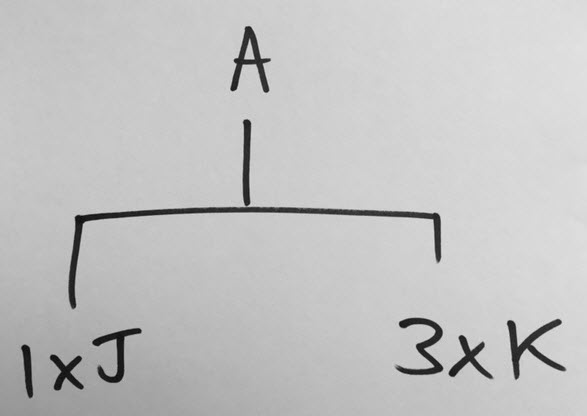 In this example assembly Z is the top-level assembly, and A is a lower level assembly or sub-assembly. The assemblies for Z and A are entered separately into Herschel. The order in which they are entered does not matter.

The process of breaking down an assembly into its component items is called an assembly explosion. An explosion can list the component parts at just one level, or it can work down through each sub-assembly to give a complete list of all the items needed to produce the required assembly. For example an assembly explosion for product Z, exploding through all levels, would give us:

Notice how Herschel indents the components of the sub-assembly to indicate they are on a lower level. This process of exploding an assembly is used in the Make and Plan modules, and is also used to calculate the actual cost of an assembly.