How assemblies are held on Herschel Print 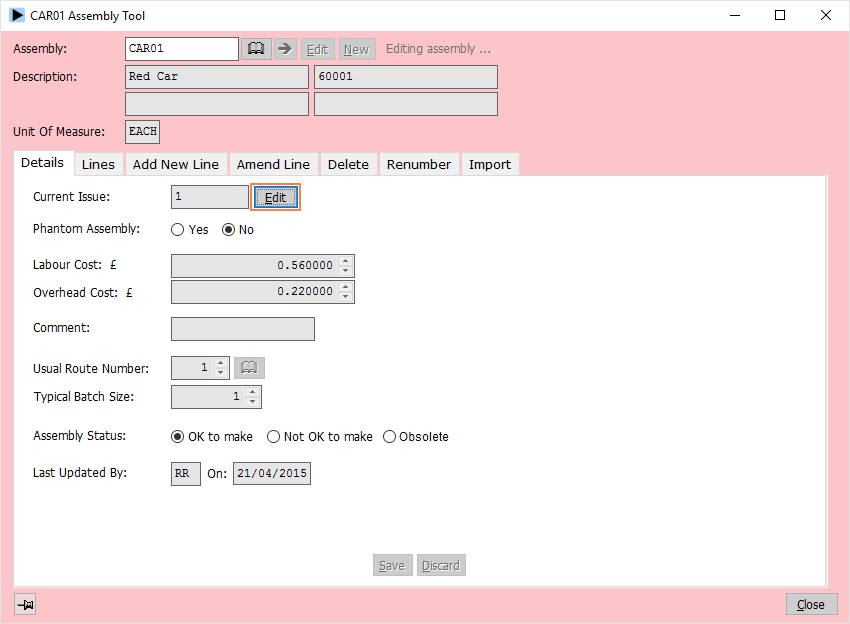 Partnumbers for the assembly itself and all its component items should be entered into Herschel using the Store module's partnumber tool option before entering the assembly.

An assembly consists of two parts - details and an unlimited up to 9999 lines. The details are entered first and hold the following important data:

The lines page lists the component items that go into the assembly: 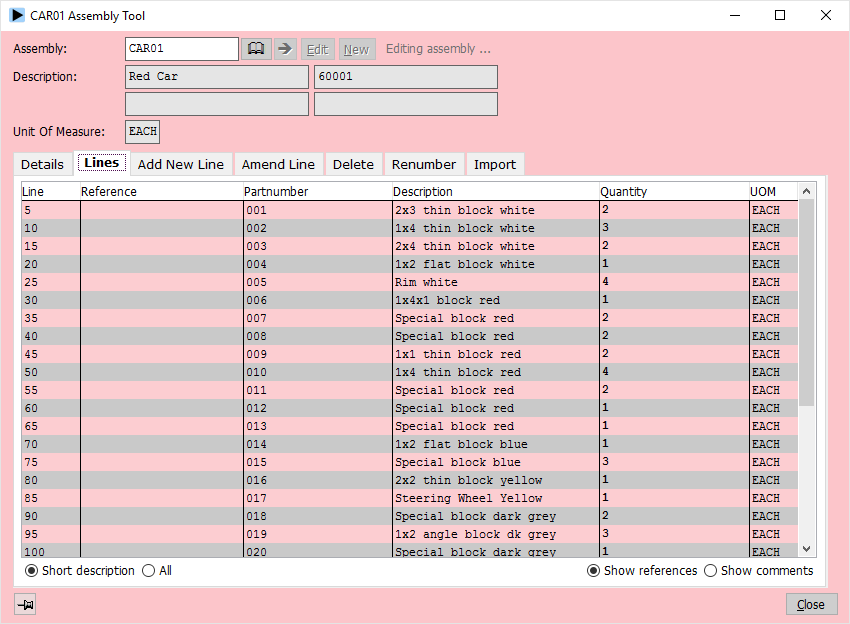 Each line is separately numbered. It is sensible to use line numbers with increments of five (i.e. 5, 10, 15, 20....) when entering assembly lines on the add new line page - this leaves space for extra lines to be inserted at a later date if necessary. As well as the quantity of the item needed, a reference of up to 100 characters can be entered for each line, and a comment: 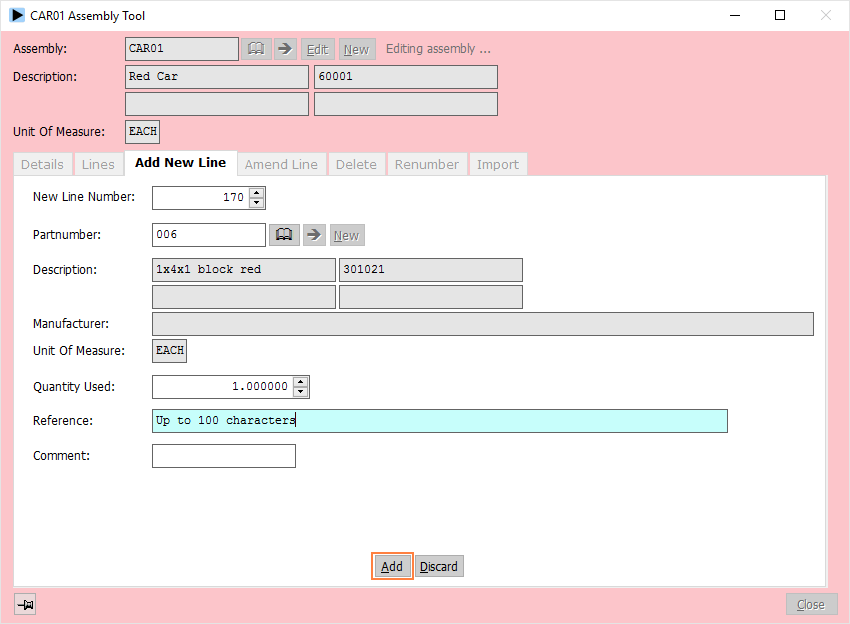 The delete page can delete a single line, all lines or all lines and details: 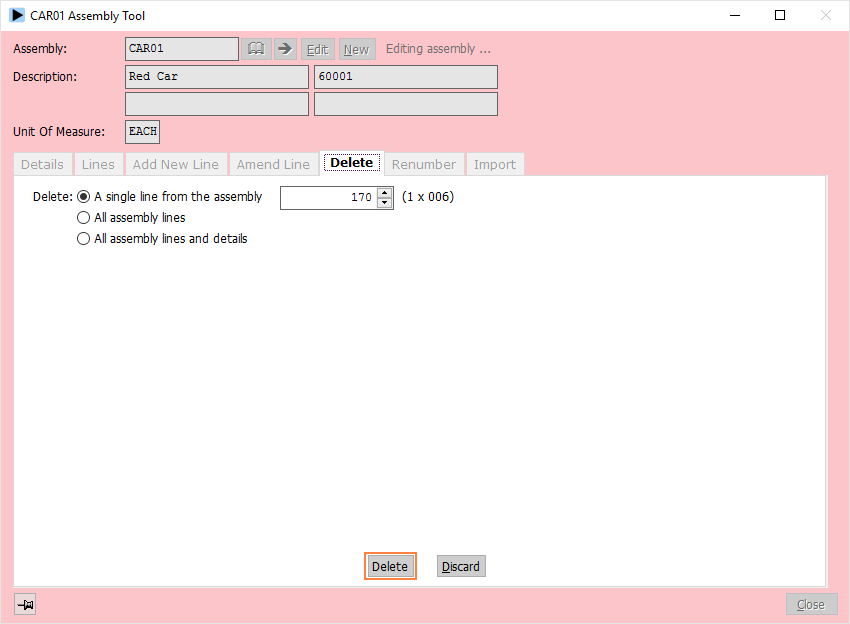 If your line numbering does get confused the renumber page can renumber the lines for you at any time.  Lines can be renumbered by line number, partnumber, family, reference or location: 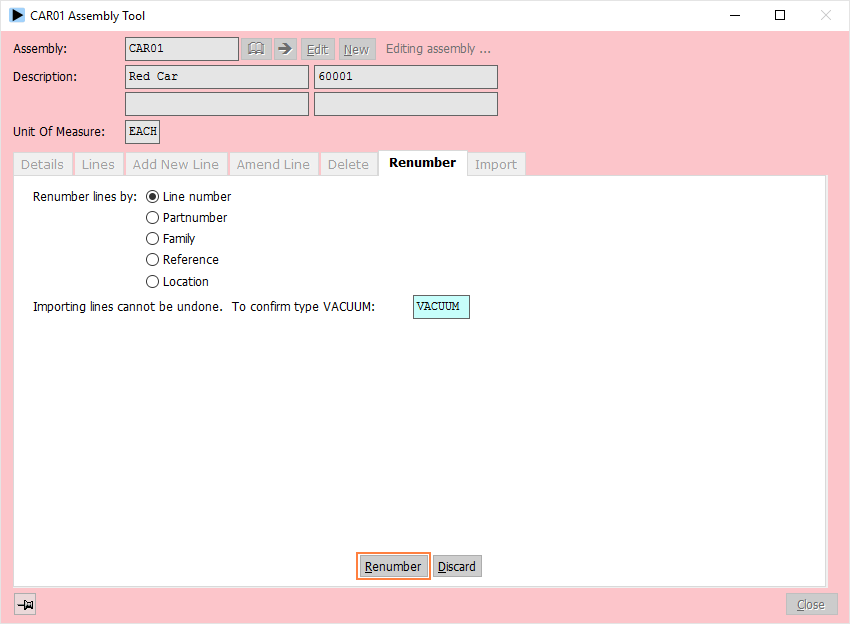