The partnumber enquiry is identical to that in the Stock module - there is no need to leave the Assemblies module to look at the details of a partnumber: 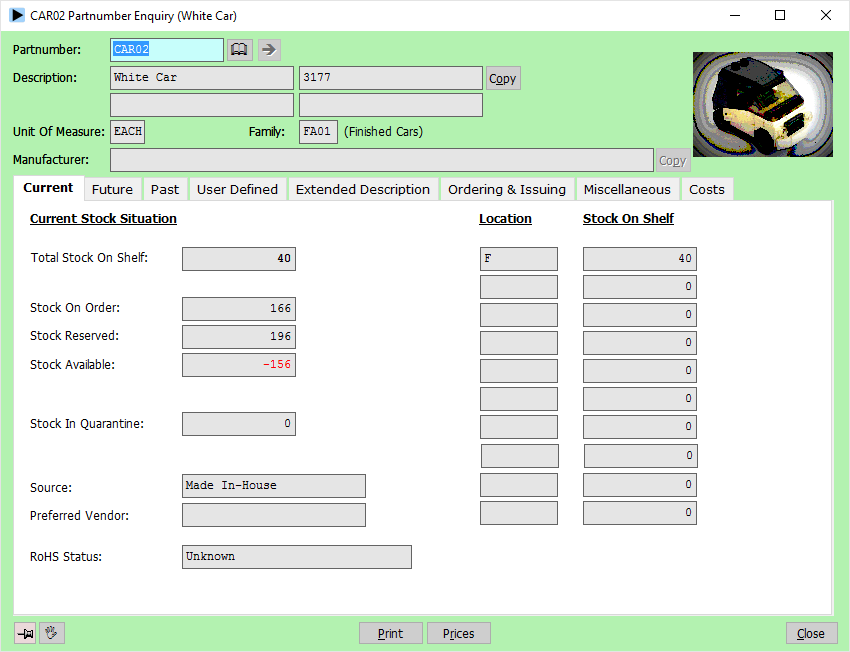 The assembly enquiry lets you look at the details of any assembly: 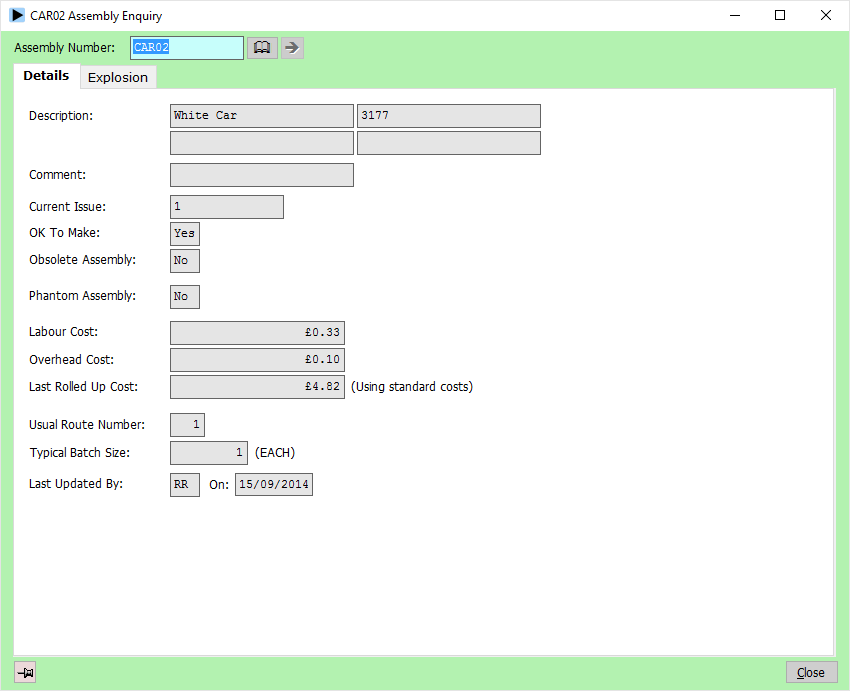 The enquiry's explosion page lists the lines in the assembly. It can list the lines for just the top-level assembly, or it can also explode all levels. This explosion gives a complete list of items required to make any assembly. The display of sub-assembly components is indented for clarity: 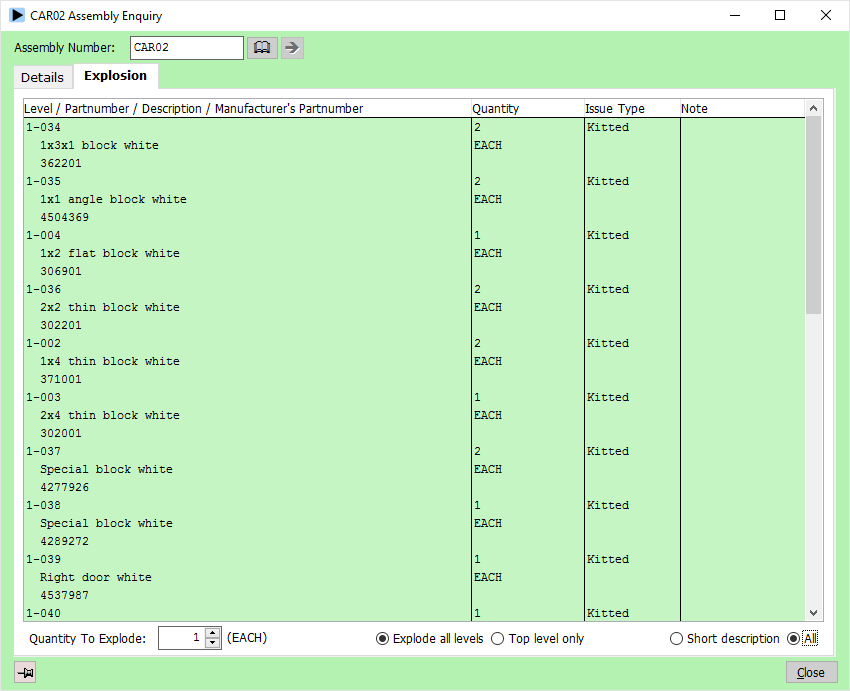 The where used enquiry is, in effect, the reverse of an assembly explosion. This enquiry searches through the assembly file for a given partnumber and lists those assemblies in which the partnumber is used: 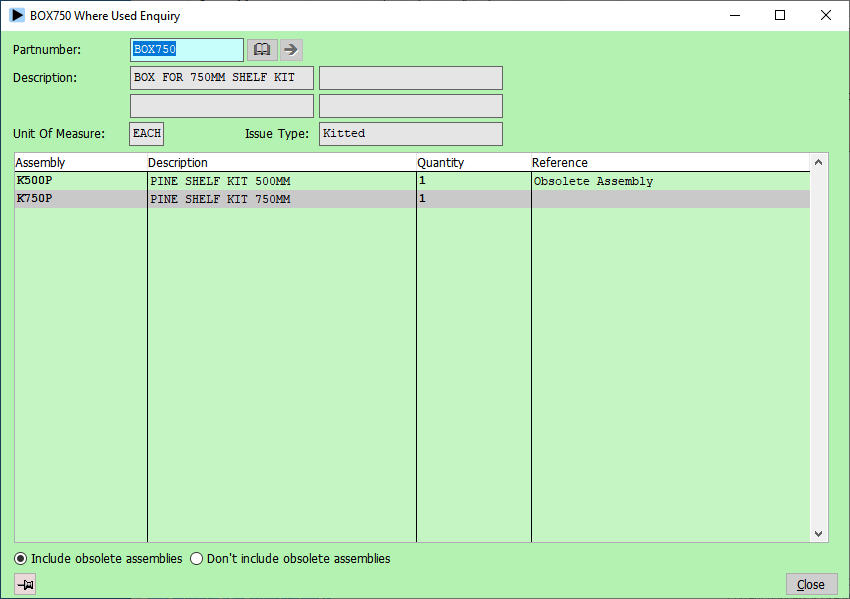